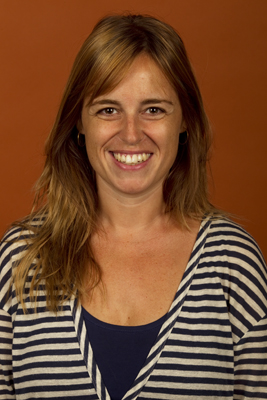 Early Saturday morning, 8 June 2013, modern language teacher Ana Ortigosa gave birth to Sofía Riemann. The proud mom reports, “She was very punctual coming only thirty-seven minutes after her due date on 8 June at 12:37 a.m. (with the new moon!), and she weighed in at eight pounds four ounces. Both my husband and I are really happy and also super exhausted already—welcome to parenthood!”

Ana Ortigosa holds a PhD in linguistics and an MA in teaching Spanish as a second language. Ana has taught at both the high school and college levels in New York and Spain. She has published and presented numerous papers in international journals and at conferences. Ana has participated in several research projects and has been a visiting scholar in the United States, Holland, Australia and Brazil. She is fluent in Spanish and English and can read and write some French. Ana loves traveling around the world, discovering and interacting with new cultures, and in her free time she enjoys dancing to Latin rhythms. Coming from Spain, Ana has a passion for culinary arts and one of her favorite activities is trying out different restaurants in New York City.