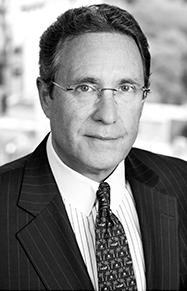 Andrew L. Farkas ’78 and his wife, Sandi, are the parents of Arielle, Nicole, George ’25, and Anderson. Andrew received an AB from Harvard University and is managing member, chairman, and chief executive officer of Island Capital Group LLC, an international real estate merchant bank in New York. Island Capital, in turns, owns and operates a number of real estate related firms including C-III Capital Partners, a firm that controls and is Special Servicer to the largest portfolio of securitized commercial mortgage debt in the United States, and Island Global Yachting, the largest designer, developer and operator of yachting oriented resorts in the world. Andrew and Sandi are involved in The Fresh Air Fund, Young Women's Leadership Organization, Playwrights of New York, NARAL Pro-Choice America, The American Society for the Prevention of Cruelty to Animals, AMFAR, The Foundation for AIDS Research, The Doe Fund, and various other charities focused on issues of health, education, and welfare. Andrew is also the graduate chairman of The Hasty Pudding Institute of 1770 at Harvard. In 2012, Andrew endowed one of Harvard University’s primary performing arts centers in honor of his father, Robin L. Farkas, which led to the renaming of that building as Farkas Hall.